DISCOVERING world-class pianists | from the top

Before becoming American Pianists Awards participants, our artists have honed their talents upon a variety of stages. Some have memories of many home concerts. Others made early debuts in grand halls. Quite a few made pivotal appearances on the National Public Radio program, From the Top, hosted by pianist Christopher O'Riley. From the Top celebrates the talents of young classically-trained musicians--primarily through national broadcasts and live events. The program also has a strong educational component:

Every musician who appears on NPR's From the Top with Host Christopher O’Riley receives focused leadership training, exploring the communication and collaborative skills that can expand and engage future audiences. They then apply this training by creating and presenting customized outreach activities in every community we visit, bringing the excitement and beauty of classical music to more of a community’s citizens, with a particular focus on children and youth. - www.fromthetop.org 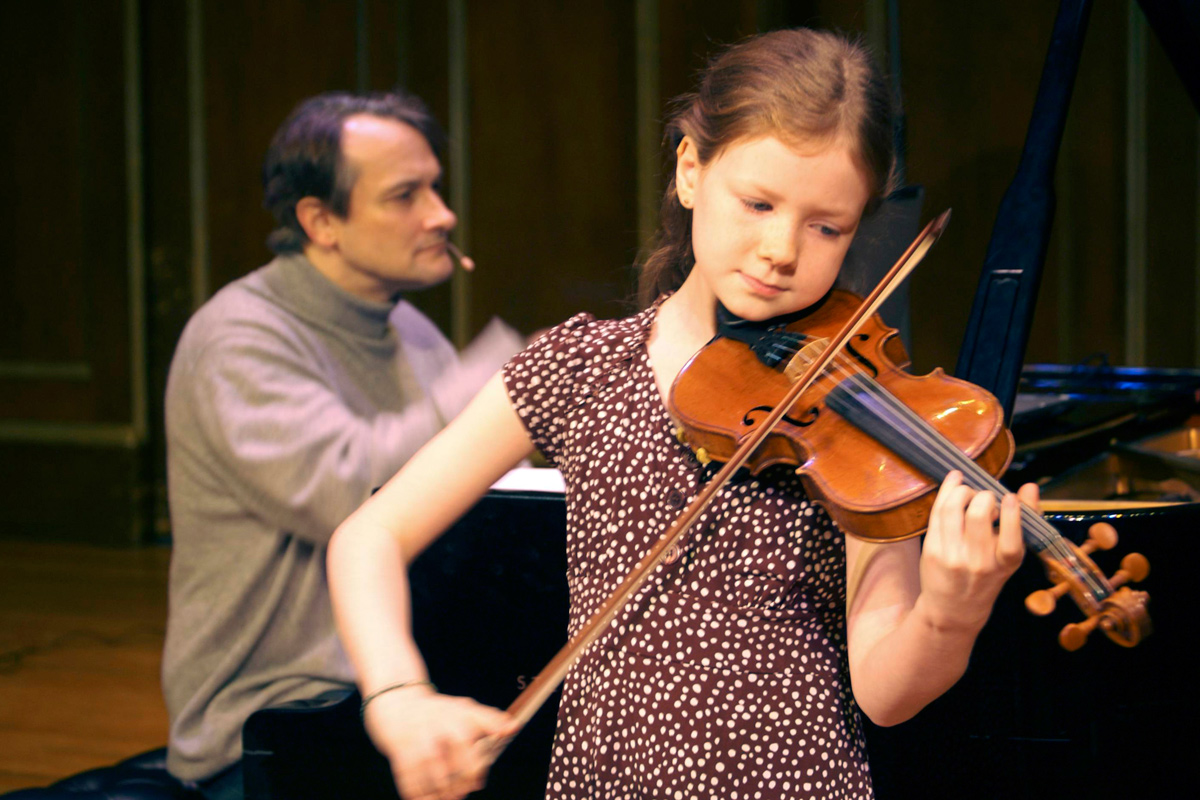 From the Top is hosted by pianist Christopher O'Riley, who in addition to playing with the young musicians on the program, sometimes performs his own arrangements of popular music (check his takes on Radiohead--covered by the New York Times). This adventurous music spirit is embodied in his current collaboration with Argentine composer/pianist Pablo Ziegler, Two to Tango. American Pianists Association is presenting this two piano program of Argentine Tango Nuevo in Indianapolis in October 2017.

Given our mission to discover and promote emerging musical talent, we admire the efforts of Christopher and From the Top to provide education and exposure to young artists. Let's look at American Pianists Awards artists who have been awarded such opportunity:

Sunday, October 31, 1999: On the show's seventh airing, fourteen-year-old Eric Zuber from Bel Air, Maryland, performed Prelude in B-flat, Op. 23, No. 2 by Sergei Rachmaninoff. Eric would go on to become a finalist in the 2013 American Pianists Awards and co-host of the 2017 finals. Eric also played the Rachmaninoff in the 2013 Premiere Series.

Monday, March 13, 2000: Recorded at the Kennedy Center for the Performing Arts in Washington DC, this episode featured DC-native Sara Daneshpour, 12, performing ABEGG Variations by Robert Schumann. Sara would also become a finalist for the 2013 American Pianists Awards and play the same piece in her Premiere Series concert.

Saturday, March 23, 2002: In West Palm Beach, Florida, "we hear the performance of a wonderful teenage pianist and learn why he’s infamous among piano dealers in Massachusetts." So described is Henry Kramer from Cape Elizabeth, Maine, who at age 15 performed Prelude & Fugue No. 3 from Well Tempered Clavier Book 1, BWV 848 by Johann Sebastian Bach. Henry was a finalist for the 2017 American Pianists Awards.

Sunday, November 21, 2004: Henry Kramer made an encore appearance on the program, this time closer to home in Rockport, Maine. He played Toccata, Op. 15 by Robert Muczynski. 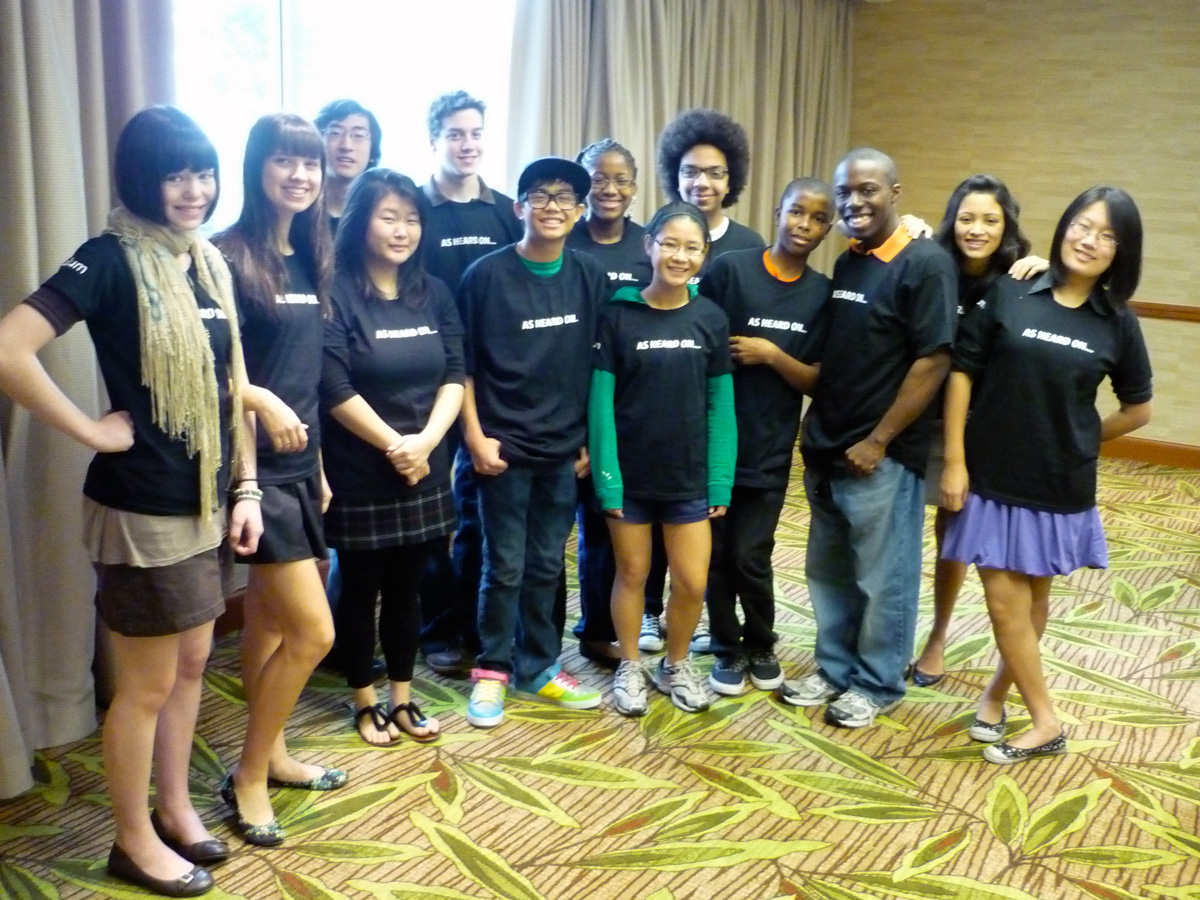 Sam Hong and fellow musicians (credit: From the Top)

Friday, November 13, 2009: At the Winspear Opera House in Dallas, Texas, fifteen-year-old Fort Worth resident Sam Hong, 15, performed Hungarian Rhapsody No. 11 in A minor by Franz Liszt. Sam was also featured on a follow up blog post about arts leadership and was a finalist for the 2017 American Pianists Awards.

Saturday, November 23, 2013: After winning the 2013 American Pianists Awards and becoming the first American to medal at the Cliburn in over sixteen years, Sean Chen joined Christopher O'Riley to perform "The Sacrificial Dance" from The Rite of Spring by Igor Stravinsky, arranged by Stravinsky. Sean also played Etude No. 13, "L'escalier du diable" (The Devil's Staircase) by György Ligeti.

From the Top is available on NPR stations around the country and via podcast. Host Christopher O'Riley joins Pablo Ziegler for Two to Tango on October 15, 2017 at the Jazz Kitchen in Indianapolis. Get tickets!