The youngest finalist for the 2001 American Pianists Awards was unsettled. With the first ever Cole Porter Fellowship on the line, the stakes were raised for this fifth edition of what was then known as the American Jazz Piano Competition. Aaron Parks, a pianist from Seattle who was at the time studying at Manhattan School of Music, could not decide on his repertoire for the finals.

We played two 12-minute sets: one tune with a group and one tune solo piano, and one 20-minute set in the finals. At the end in the finals, I started off with a blues tune of mine called “Greasy Little Cookies.” We were basically allowed to do just about anything we wanted to—any tune of ours or a standard. We had to do a Cole Porter tune, but it was pretty much wide open to choose which one to do—and there are so many of them! I finally chose a tune called “Miss Otis Regrets (She Is Unable to Lunch Today.)”

In an interview after the competition, NEA Jazz Master and longtime host of Piano Jazz on NPR, Marian McPartland, suggested that was an unorthodox choice: “you know, I know that tune but it is an amazing tune to choose as a piano number.” Take a listen to Aaron’s rendition recorded in the NPR studio:

So how did Aaron find himself on stage in the running for the biggest prize in jazz? He describes his youth to Kind of Jazz in 2015:

I grew up on a little island called Whidbey Island, a little north of Seattle. It was a really great place for a young kid to grow up – a lot of wilderness, beaches, forest – good for the imagination. However, the school system there was not particularly rigorous, and when I was young, I was hungry for information. I had some really amazing private teachers, including a math teacher who introduced me to Fibonacci numbers, and I learned about how this strange sequence of numbers appears in nature, and all over. Basically, I started seeing beauty in mathematics – rather than drudgery, or work – and got exposed to this at a young age.

Aaron was accepted into the University of Washington’s early entrance program at the age of 14. He studied computer science, math and music and began playing regular live gigs in downtown Seattle.

At 16 years old, his CD collection consisted of more than 800 jazz CD's and his knowledge of the history of the music and its players was extensive. He was accepted into the Manhattan School of Music to study with renowned pianist Kenny Barron, and his whole family moved to New York.

Aaron describes this time: “After a couple of years there, the music bug really bit. I thought the academic thing was cool, but decided to follow the music, and see where it leads. I was very fortunate to have a family that was incredibly supportive, that were willing and able to uproot themselves.”

Meanwhile back in Indianapolis, the American Pianists Association was also entering a growth phase. In early 2001, Dr. Joel Harrison agreed to join the organization as Artistic Director and would begin full time in July.

The organization also received a gift of $100,000 to its endowment from the James O. and Alice F. Cole Foundation and Mrs. Margaret Cole Richards (a distant cousin of Cole Porter who grew up in his mother’s home in Peru, Indiana) to establish the Cole Porter Fellowship. The donation was matched dollar for dollar by the Christel DeHaan Family Foundation, thus funding a prize package of $10,000 cash, the production of a CD and two years of career assistance for the winner of the competition. 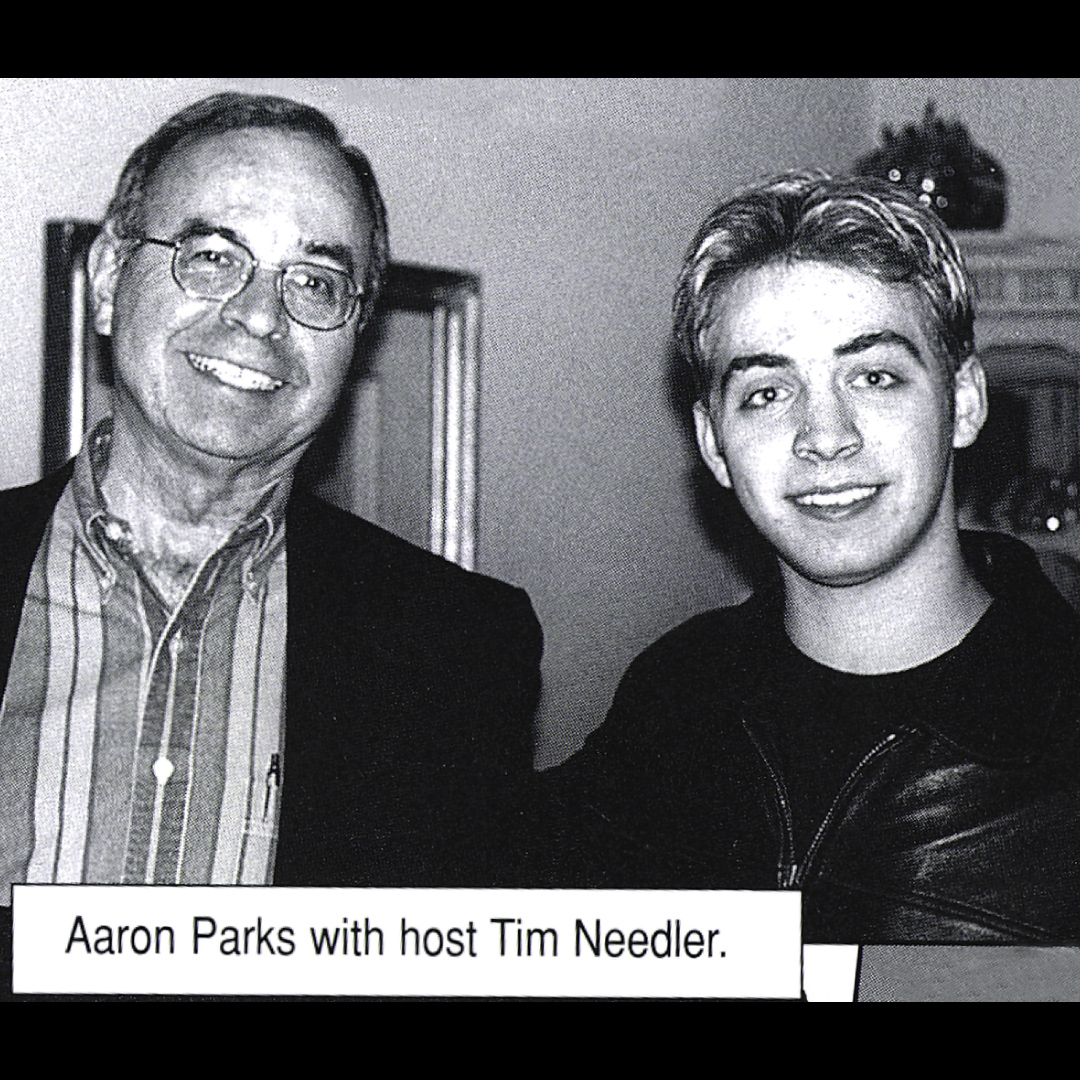 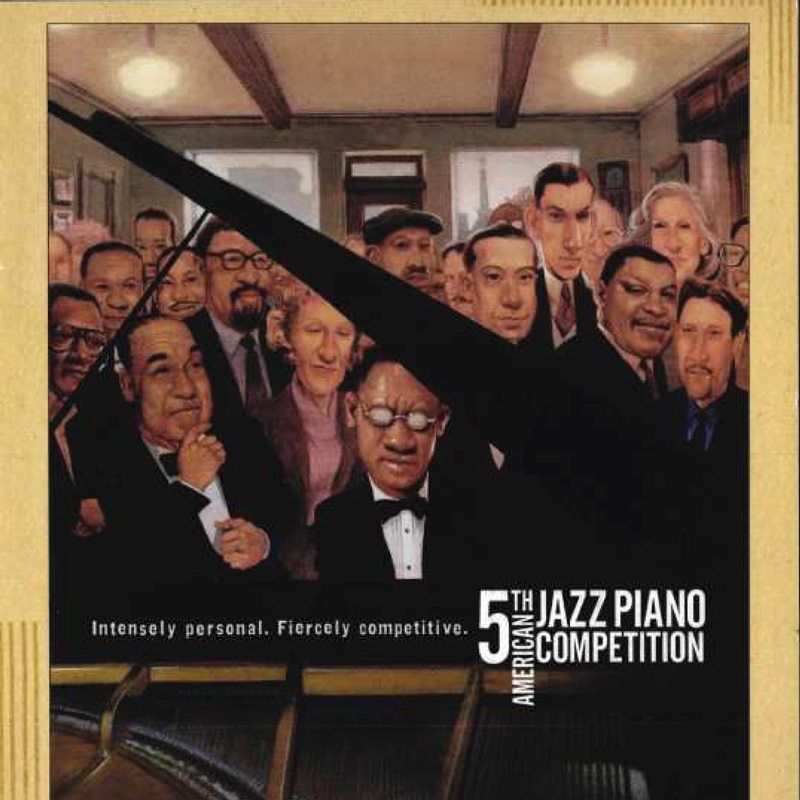 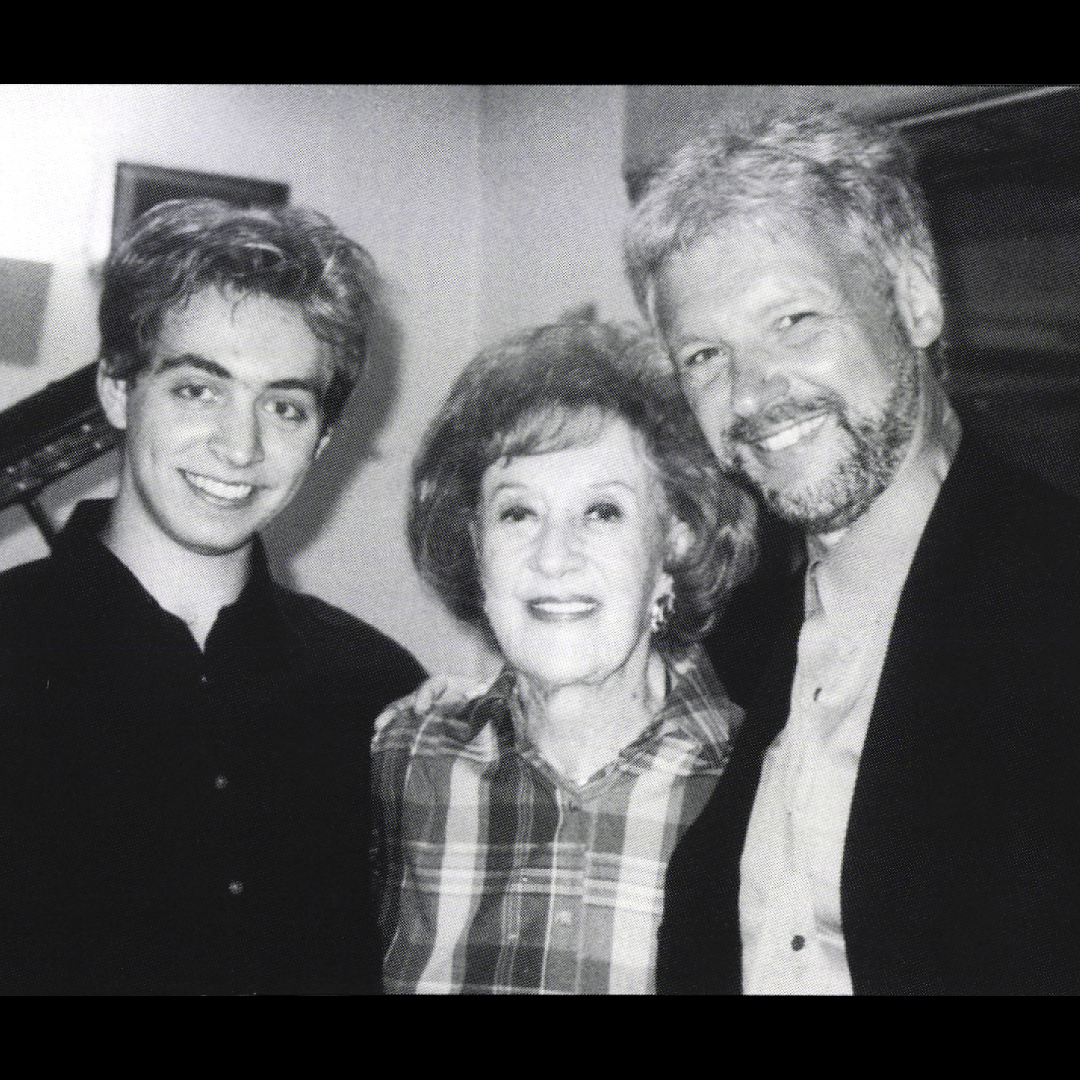 In April 2001, six finalists were invited to Indianapolis for the semi-finals. On Friday, April 20, all six pianists played two 12-minute sets at the Jazz Kitchen. Near midnight, three finalists were named to continue.

Aaron Parks stayed with American Pianists Awards supporter Tim Needler during his stay in Indianapolis. Tim recalls that Aaron practiced much of the time while at home and said he thought that “his interpretation and arrangement of Cole Porter’s ‘Miss Otis Regrets’ was imaginative and well-done.”

Joel Harrison recalls, “Aaron’s playing was exceptional for anyone at any age, but most especially for someone still in school!”

Terry Teachout, a music critic and contributor to Time magazine, Washington Post, New York Times and NPR, sat on the jury with jazz pianists Hilton Ruiz and Wlodek Pawlik. Teachout noted that all played beautifully and that he “listened closely and took careful notes on each contestant, trying not to let the idiosyncrasies of my taste get in the way as I ranked six artists of sharply varying sensibilities.”

He further stated being “struck by the finish and confidence of Aaron’s playing—nothing at all like what I’d normally expect from a teenage pianist. You could hear it the second he sat down to play. He has tremendous potential, too, but the really remarkable thing is how far he’s come already. I think he has a great future ahead of him.”

After each judge ranked the finalists individually, a tally was made and a winner made clear. Margaret Cole Richards took to the stage and presented Aaron with a crystal vase and the title of 2001 American Pianists Awards winner.

After winning the Awards, Aaron embarked an international tour as part of the Cole Porter Fellowship. The first performance, however, did not require a long trip. For “Taste of Jazz in the Park,” a fundraiser presented by the American Pianists Association, Aaron joined Everett Greene and Buselli-Wallarab Jazz Orchestra in Military Park in Indianapolis for the outdoor festival.

Mixing in some additional tour dates, Aaron returned to New York for his final year of school. In an interview with Jazz Times, Aaron describes lessons at school with his mentor, Kenny Baron:

“There were two pianos in the room, and I’d walk in, and he’d usually be in the middle of a song. And I was made to understand that I should join him. He hardly ever said anything; we’d just play two pianos for an hour. I learned tunes, and I learned how to learn tunes—there’s ear training for you.”

Barron also arranged an introduction between Aaron and celebrated trumpeter Terence Blanchard, telling Blanchard ‘I’ve got this young kid and he’s something else.” This connection resulted in the young pianist earning a spot in Blanchard’s band and entering a sort of graduate school of the road.

Aaron provides context of his experience with Blanchard through his interview with Kind of Jazz:

He let everybody play the way they wanted to play. He didn't dictate too much to them. That sort of free rein to try things out and fall on your face is invaluable. I finished college at 18, but the real school started right after that in his band — the school of the road.

Blanchard was more than a mentor for Aaron’s pianism—he encouraged his young protégé to continue his craft as a composer. To wit, Aaron composed the first track of Blanchard’s 2003 album “Bounce.” Aaron elaborates on the education he received in this period in an Interview on the Jazz Gallery blog:

I didn’t have any classical training growing up. I came up and I played classical bassoon and I learned to read bass clef, but for whatever reason, my relationship with the piano was always one of improvisation and engagement with—for lack of a better word—jazz. I didn’t even learn to read treble clef until some years later, which meant when I first had the gig with Terence Blanchard’s band and we started recording some film scores, I was counting ledger lines and writing the names of notes above it once the pieces were written out. It was kind of terrifying.

Aaron went on to record several albums with the band including “Flow” (for which he composed the track, "Harvesting Dance") as well as film scores for Spike Lee’s “She Hate Me,” “Inside Man” and “When the Levees Broke: A Requiem in Four Acts.” His final album with the group was GRAMMY-winning “A Tale of God's Will (A Requiem for Katrina)” for which he composed the acclaimed track Ashé.

Post-Blanchard, Aarons’s career has traveled a winding road. He made his Blue Note Records label debut in 2008 with “Invisible Cinema,” a much-acclaimed release with guitar, bass and drum backing. He released an improvisational, impressionistic solo piano album on ECM in 2013. In between, he bounced around several projects as a sideman.

Is there a common thread to Aaron’s artistic pursuits? Compositionally, not really—he has worked solo, duo, trio and any number of iterations. Stylistically, again he seems to reinvent himself on a regular basis.

So what then can we say about the 2001 American Pianists Awards winner? Perhaps that artists never stop growing. Perchance there are multiple pathways to success. Quite possibly the love of the music can keep creative minds creating new works. Let’s let his future decide.

In 2017, Aaron released “Find the Way,” his second album on ECM Records. Reviews were exceedingly positive, and it looks like the winner of the first Cole Porter Fellowship is finding his way to newer and greater heights.

The competition has similarly reached new heights since 2001 according to Dr. Harrison, who now holds the title of President/CEO in addition to Artistic Director: “Our jazz competition has changed dramatically in every way since 2001 in terms of format, nomination/application process, and prize money (semi-finalists formerly received $500 each. For 2019, non-winning finalists will each receive $20,000—twice what the actual winner received in 2001).”

We can’t wait to see what comes next.

Nominations for the 2019 American Pianists Awards are underway! Five finalists will be selected by a blind jury in March 2018 to participate in the 13-month-long competition, the winner of which will receive the Cole Porter Fellowship in Jazz.