Billy Test’s piano repertoire ranges from Bach to the blues. He has taken inspiration from Brazilian musical culture and has jammed on the summer festival scene with rock legends. 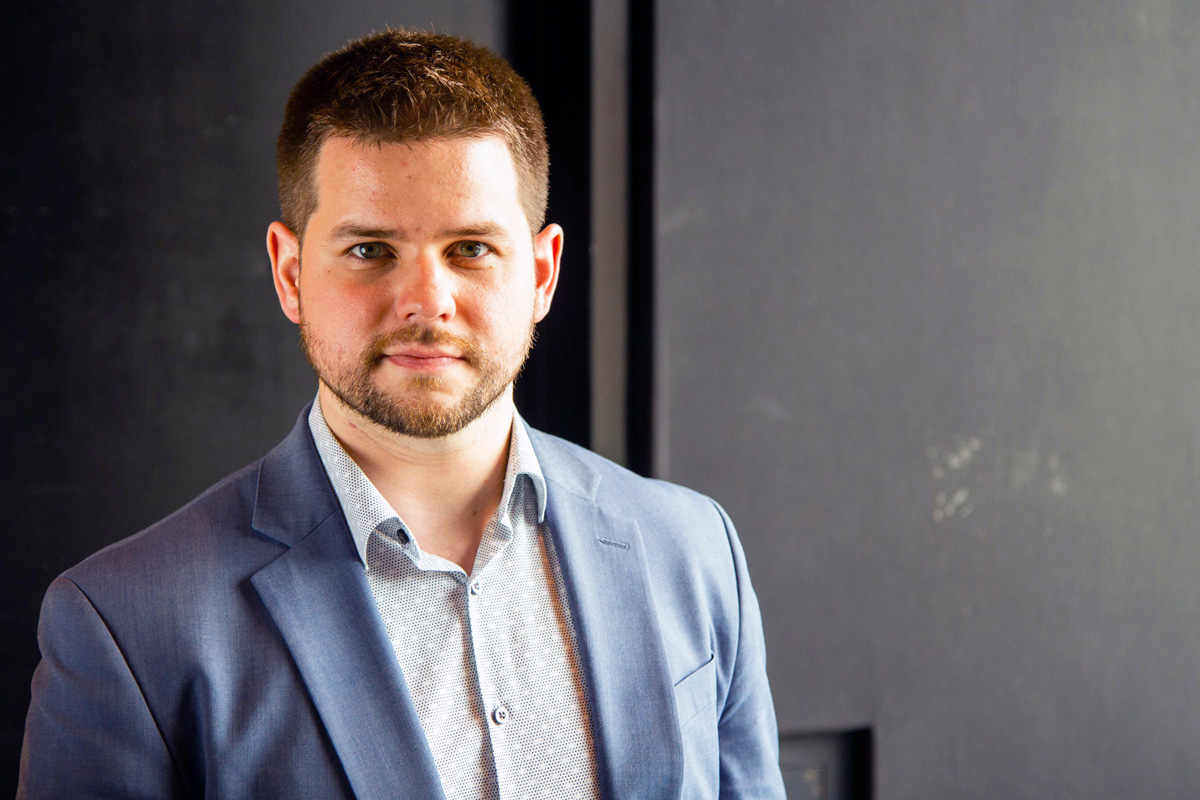 Impressed he incorporates such a wide range of styles? Listen to him talk about his college studies:

Billy was born in central Pennsylvania in a “tiny town called Philipsburg, which is kind of considered a suburb of State College which is another town that people haven’t heard of! It is very rural. I spent a lot of time outdoors—it is sort of one of the main things to do--go for a walk in the woods and all that kind of stuff.” He has lived in New York for the last 6 years—“It’s home enough at this point.”

It was a Saturday so Billy was teaching at Manhattan School of Music when American Pianists Association President/CEO Joel Harrison called to let him know he had been chosen as a finalist. Seeing the missed call from Indianapolis, he quickly called back. “That’s amazing,” he said of the jury’s decision!

Billy spoke at length about the music he submitted to the preliminary jury:

My goal was to  show little snippets of musical things that I feel like represent who I am. I spend a lot of time writing and composing so I wanted to show some stuff that I had written. This is how I currently put food on my table, doing these things, and this is what I bring to the table.

The very first thing I put on was a tune I wrote called “To be.” It was inspired by Egberto Gismonti, a very amazing Brazilian pianist, composer and guitarist. I had seen him perform the night before and was sitting writing and was like, ‘Oh!’ And I made a tribute piece.

The second tune I submitted was a slight reharmonization of “All of you.” I had a feeling that since I was applying to win the Cole Porter Fellowship, I should send in some Cole Porter! I played with the harmony a little to try to bring out some things in the lyrics. Whenever I reharmonize a tune, I always play around and see if there is a way I can find an alternate meaning in the lyrics.

The third thing was from a record that came out recently by my friend Jon Di Fiore’s Trio. We have known each other for ten years, and we spend a lot of time playing together. The hope was to be like, ‘this is what I sound like when I play with some people I have a history with’ (catch a little preview of the Trio).

Here Billy talks about a piece that really moved the jury, his own composition, “Empty Spaces.”

Much like the American Pianists Awards, Billy hold deep respect for both jazz and classical music:

I’m studying classical composition right now. The approach to form is a lot different—sometimes with jazz it’s like, 'go for it you will figure it out!' The amount of thought that goes into some of these classical works is really amazing. There is interesting harmony that it there. There is so much great stuff in the classical world to draw upon and there is a great tradition of that in jazz. Herbie (Hancock): extensive classical. Bill Evans: extensive classical. Chick Corea. Ahmad Jamal. The whole history has its hands in classical stuff.

His career path has also included national tours of clubs and festivals with Jaimoe's Jasssz Band:

I’ve had an interesting life with the blues stuff. I still play at Terra Blues in the city. For a while I ended up touring with Jaimoe, the drummer from the Allman Brothers. We used to go out and tour in tandem with Greg Allman. I did that for about three years. Until life took me to something a little more grounded in piano. It wasn’t something that I planned—it kind of just happened. It was really interesting. I spent a lot of time in airports. I would fly out Thursday; play Thursday night, Friday night, Saturday night, Sunday night; and fly back Monday. Then I might fly back out somewhere again Thursday. We did many festivals in the summer. I learned how to pack my bag right for an airplane gig trip!

Aside from visiting Indianapolis (“I’ve never been to Indianapolis and am pretty excited about visiting”) and his residency with Lawrence North High School, Billy shares what he is looking forward to:

2019 American Pianists Awards finalist Billy Test performs Saturday November 3, 2018 at the Jazz Kitchen in Indianapolis in his first live-adjudicated performance of the competition.