Joel Harrison To Step Down from American Pianists Association 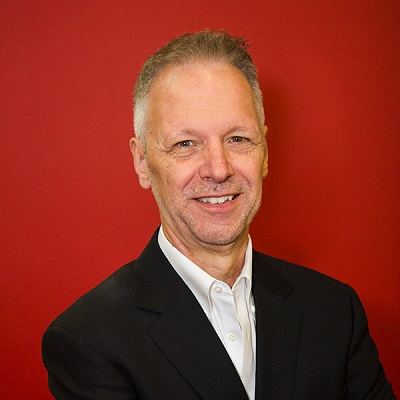 Joel M. Harrison To Step Down as Artistic Director and President/CEO of American Pianists Association

The American Pianists Association (APA) announced today that President/CEO and Artistic Director Dr. Joel Harrison will retire on June 30, 2021, after a tenure comprising nearly half the life of the institution. Harrison solidified APA’s reputation as the premier American organization to identify and cultivate the careers of young American classical and jazz pianists. The timing of his retirement is purposely designed to fall soon after the conclusion of the 2021 Classical Awards, with ample time leading up to the 2023 Jazz Awards for his successor to be named and take over the senior executive position.

Under Harrison’s leadership, APA’s unique competition and prize structure came to fruition in its current format, with competitions every two years, alternating between classical and jazz, and winners receiving not only a cash prize but also management and public relations support for two years; an album contract with Steinway & Sons for classical winners and Mack Avenue Records for jazz winners; and an artist residency at the University of Indianapolis. Harrison actively pushed for parity between the classical and jazz programs; in result, the $50,000 cash prize awarded to winners of both competitions is the largest competition prize for jazz pianists anywhere in the world. The total value of the prize for winners has increased tenfold since the start of Harrison’s tenure, from $10,000 to over $100,000, and the prize for finalists has increased to $20,000 from $500. In a unique effort to support its current five finalists for the 2021 Awards during the pandemic, each finalist is receiving a one-time cash prize of $50,000 each.

Harrison has grown APA’s budget from less than $300,000 in 2001 to over $2.5 million today, and stewarded a Comprehensive Campaign that raised more than $12 million. Additionally, Harrison worked to establish restricted funds at selected American orchestras to support concerto performances by APA classical winners, and brokered long-term partnerships with Steinway & Sons, Mack Avenue Records, the University of Indianapolis, and with presenting organizations worldwide, including Jazz at Lincoln Center and several national and international festivals. He has served on the juries of numerous international and national piano competitions and, as a Cultural Envoy for the U.S. Department of State, visited ten countries throughout Asia, Africa, and the Middle East with classical and jazz winners.

In a statement to the Board of Directors, Harrison said: "While my official work for APA will come to an end, I will continue to be an ambassador and supporter and all-round cheerleader for APA and our artists for as long as I have breath."

American Pianists Association has retained Arts Consulting Group to oversee the search for Harrison’s successor, which is expected to begin in Fall 2020.

The American Pianists Association has been supporting aspiring young artists for over 40 years and has been based in Indianapolis since 1982. It has a professional staff of seven, headed by Dr. Joel M. Harrison. The American Pianists Awards, held for both classical and jazz artists, offer significant opportunities for American pianists, ages 18 to 30 and by nomination only, to advance their careers. Each winner receives a two-year fellowship, valued at over $100,000 including cash awards, fees, publicity and recording opportunities. All American Pianists Awards events are produced as public recitals and feature the finalists in a variety of settings. The organization greatly values the individual artistic sensibilities of each pianist, nurtures such individuality and does not impose any repertoire requirements during the competitions other than those necessary for the different genres. The American Pianists Awards seek to focus on artistic expression rather than competitive prowess. Further, the organization makes an effort to tailor its career assistance to suit the particular needs of the winner, offering an array of opportunities appropriate to the winner's current career development and status. American Pianists Association strives to be the bridge between professional training and a full-fledged professional career.

For more information on the American Pianists Association, visit www.americanpianists.org
# # #