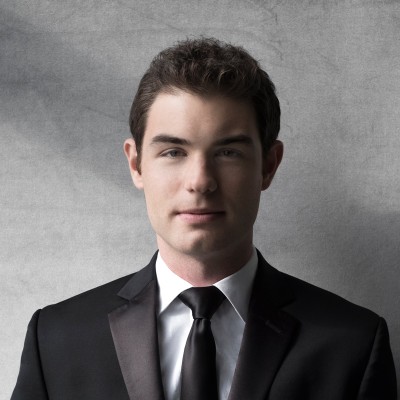 Giovanni PUNTO  Horn Quartet in E Major Op. 18 No. 3 ▪ 1785–1796
▪ by the Bohemian horn virtuoso of the highest order, perhaps the greatest horn player of all time

Born near Prague, Jan Václav Stich (1746–1803) adopted his Italian pseudonym after running away from his master Count Thun to the Holy Roman Empire. His reputation grew as he traveled through Europe and England. Mozart was impressed when he heard him in Paris in 1778. He told his father in a letter that “Punto plays magnifique” and composed the Sinfonia Concertante K. 297B (now lost) for him and 4 noted wind soloists. “In Vienna he met Beethoven, who wrote his Op. 17 Sonata for Horn and Piano for the both of them to premiere on 18 April 1800 at the Burgtheater. The following month they played the work again in Pest, Hungary, where a local music critic commented: ‘Who is this Beethoven? His name is not known to us. Of course, Punto is very well known.’ ...Punto returned to his homeland in 1801 after 33 years away. He played a concert in the National Theater in Prague. The Prague neue Zeitung reported, ‘Punto received enthusiastic applause for his concertos because of his unparalleled mastery, and respected musicians said that they had never before heard horn playing like it…In his cadenzas he produced many novel effects, playing two and even three-part chords. It demonstrated again that our fatherland can produce great artistic and musical geniuses.’ ...In 1802, after a short trip to Paris, Punto developed pleurisy, a common illness of wind players of the times. He was ill for five months, and finally passed away on 16 February 1803. He was given a magnificent funeral in the Church of St. Nicholas before thousands of people, so great was his fame at the time. Mozart’s Requiem was performed at the graveside. His tomb was inscribed: ‘Punto received all the applause. As the Muse of Bohemia applauded him in life, so did she mourn him in death.’ Like many soloists of the time, Punto composed pieces that displayed his own talents and virtuosity. He was a cor basse player, using a silver cor solo made for him in 1778 in Paris. Works composed by and for him show that he was a master of quick arpeggios and stepwise passagework [horn.org].” He also improved and extended the hand-stopping technique introduced by Anton Joseph Hampel.

MOZART  Clarinet Quintet in A Major “Stadler” K. 581 ▪ 1789
▪ composed for the first great virtuoso clarinetist Anton Stadler, his friend and fellow Mason whom he admired, and who was a member of the court orchestra in Vienna

Alfred Einstein describes “Stadler’s Quintet” (so referred to by Mozart himself) as “a chamber-music work of the finest kind, even though the clarinet predominates as primus inter pares and is treated as if Mozart were the first to discover its charm, its ‘soft, sweet breath’ its clear depth, its agility. There is no dualism here between solo and accompaniment, only fraternal rivalry. The term ‘fraternal’ is used advisedly—clarinets and basset horns acquired for Mozart a Masonic character, if perhaps only for external reasons: it seems that at the less solemn meetings of his lodge, only wind instruments were used. The development section has a concertante air about it, but for all five participants.”

Antonín DVOŘÁK   Piano Quintet No. 2 in A Major Op. 81 ▪ 1887
▪ a pinnacle of the chamber music repertory and a tour de force of sunny disposition, by “The Idol of Prague” The Quintet was written in just seven weeks at Dvořák’s country house on the edge of a forest park at Vysoká, a favorite place. The work of a fully mature composer, it is one of his most characteristic and idiomatic in its fusion of Czech nationalism and Austro-German traditions. Alex Robertson, a British scholar, viewed it as “simply one of the most perfect chamber music works in existence...the melodies are of the greatest beauty and freshness, and a joyous springtime happiness flows through the music.” The Quintet was dedicated to his admiring friend Dr. Bohdan Neureutter, a physician and generous patron of music. It premiered in Prague on 6 January 1888.