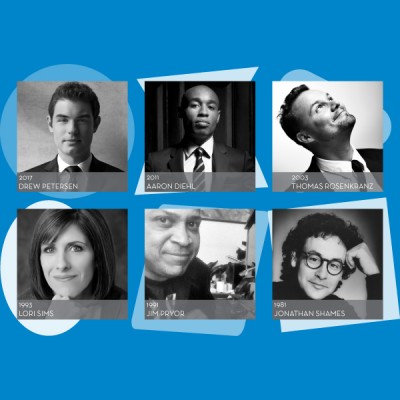 American Pianists Association’s 2019-20 season presents a daring and dynamic collection of musical styles and approaches to the piano. From lauded winners of the American Pianists Awards in classical and jazz, to a contemporary music specialist, to a program of works from the classical canon, to an artist whose improvisations and compositions blur the line between classical and jazz, this season shows off the dizzying diversity of piano repertoire in the 21st century.

A special 40th anniversary concert kicks off the season, bringing American Pianists Awards winners from all four decades of jazz and classical competitions. Since established in 1979, the Association has named 47 winners, six of which will perform on Wednesday, November 6th. Drew Petersen (2017 winner) is known to Indianapolis for his riveting solo recitals and performances with the Indianapolis Symphony Orchestra and the Indianapolis Chamber Orchestra. Aaron Diehl (2011 winner) became the first jazz pianist to open the New York Philharmonic’s season in 2017 and tours internationally. Thomas Rosenkranz (2003 winner), noted for performances of modern and international music, traveled as Cultural Ambassador on behalf of the United States Department of State. Lori Sims (1993 winner) has performed throughout America, Europe and China and is Professor of Piano at Western Michigan University. Jim Pryor (1992 winner) won the first jazz competition held by the American Pianists Association and has toured the world since. Jonathan Shames (1981 winner) won the organization’s first competition and is now professor of Orchestral Conducting at the University of Oklahoma.