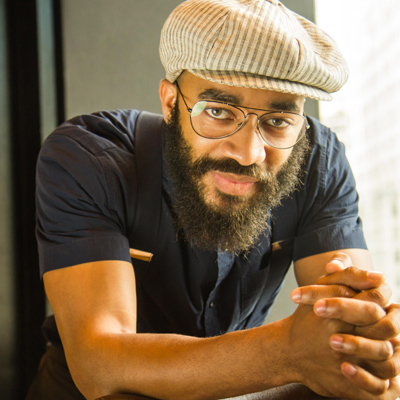 Raised by two parents who were also musicians, Kenny Banks Jr. started to play the piano at age seven and has been passionately evolving his craft since. The Columbus, Ohio native moved to Atlanta in 2009 to pursue his musical career full time and joined the Theo Croker Quintet in China that same year, playing at the Peace Hotel, Jay-Z Club, The Cotton Club, and for government officials of Shanghai and Hong Kong.

Kenny’s 2018 debut album, “My Sentiments,” was written in a traditional style with a modern twist that embraces his culture and upbringing. Kenny’s compositions reflect his point of view on Black History and feature trio, poetry and choir performances.