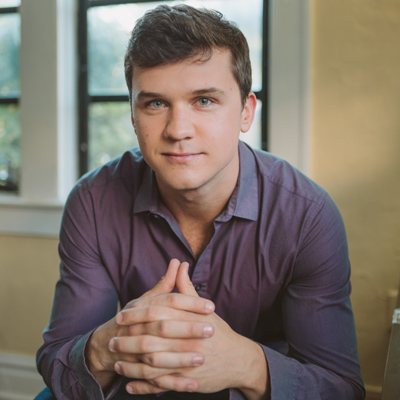 After taking first place at the Lionel Hampton International Jazz Festival in 2007, fifteen-year-old Keelan Dimick committed himself to a lifelong pursuit of jazz piano. Keelan has toured across the US covering seventeen states and five countries and has shared the stage with jazz luminaries, including Kobie Watkins, David Liebman, Walter Smith III, Brian Lynch, Cyrille Aimee and multi-platinum recording artist Michael Feinstein.

Recent performances include a string of national tours including a CD release Midwest tour of trumpeter Benny Benack’s “One of a Kind,” an east coast tour with the Alex Snydman trio, and a series of duo concerts throughout South Florida with New York saxophonist Steven Frieder. In 2018, Keelan performed alongside names such as The Clayton Brothers, Sean Jones and the Benny Green Trio as a fellow artist on the esteemed Jazz Cruise in Fort Lauderdale.

Born and raised in the Midwest, Keelan started formal lessons at age thirteen and quickly began accumulating awards such as Anaheim Heritage Festival’s “Maestro Award,” Gene Harris Jazz Festival’s “Best Jazz Solo,” and Interlochen Arts Academy’s “Outstanding Musician.” After high school, Keelan re-located to New York City where he received his Bachelors of Music degree from the Manhattan School of Music in 2013. In 2017, he completed his Masters of Music from Frost School of Music at the University of Miami in Florida.

Keelan performs regularly and teaches privately in Miami, where he currently resides.

See Keelan in the Premiere Series at Indy's Jazz Kitchen on December 1. Both sets will also be streamed on Facebook.