While the world deals with COVID-19, it is helpful to know that the music plays on. In addition to the trove of concert video that we continually publish to YouTube, we are using this space to share upcoming opportunities to hear American Pianists Awards winners perform live from their homes.

Five 2021 American Pianists Awards finalists are joined live by past winners of the competition for conversation and short performances from their home piano benches. 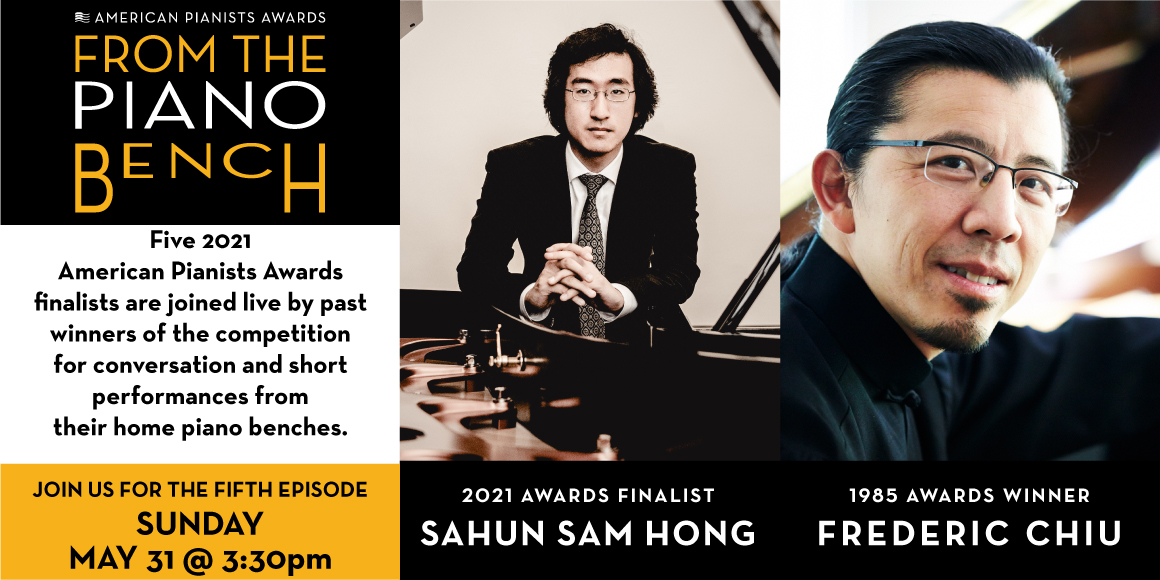